Exploring the hidden gems of Bosnia

Bosnia has been for centuries on the crossroads of ancient civilizations, creating a mixture of European and Near Eastern cultures. The cultural diversity is evident from the Oriental influences in Mostar and Sarajevo to the numerous tiny hamlets where the traditional way of living has remained unchanged for centuries.

This trip offers you the opportunity to discover the many faces of Bosnia including its most famous historical sites, some of its rugged peaks and ancient forests, its rivers, and, most of all, its welcoming people.

Upon your arrival at Sarajevo, you will be welcomed by a Rahhalah representative, and you will be transferred to the hotel (approx. a 20-min drive), where you will check-in before embarking on a walking tour (approx. 2 hours) to explore the capital of Bosnia. Sarajevo is one of the most culturally diverse cities in Europe, having spent over 400 years under Turkish governorship until the end of the 19th century when the Austro-Hungarians arrived. Forty years later, the Austro-Hungarian empire collapsed when Archduke Ferdinand was assassinated in this very city, hastening the outbreak of the First World War. The 20th century left further indelible marks, on the one hand with the 1984 Winter Olympic Games and, on the other, with the long siege that Sarajevo had to endure during the recent regional conflicts. The tour will take you through the major historical, cultural, and war sites and will help you piece together the country’s complex history. Early in the evening, you will stroll towards the old town for a welcoming dinner at a traditional Bosnian restaurant. Note: Arrival before 4 pm is required to be able to participate in the walking tour. Accommodation: Hotel Diamond Rain, Sarajevo or similar.

After breakfast, you will head to Crepoljsko (a 30-min drive) and the starting point of your hike towards the summit that offers splendid views of the mountains. The hiking trail will take you through meadows and coniferous forests up to Bukovik hut, where you will briefly pause before continuing through a beautiful pine forest up to the Skakavac Waterfall: the largest, continuously flowing waterfall in Bosnia and Herzegovina (98m high). After a relaxing lunch break, you will briefly reach the base of the waterfall, before heading to a small lodge for a cold refreshment. Accommodation: Hotel Diamond Rain, Sarajevo or similar. Hiking details: Moderate level, 11 km, 4-5 hrs, 650m altitude difference

Today’s hike will start from the traditional-style Bosnian Mosque in the village of Umoljani (1-hr drive from Sarajevo). From there, you will trek to the Seven Mills where hydraulic energy was used for centuries to grind wheat into flour. You will then hug the ridge until Rakitnica canyon and, after 5-10 minutes of uphill, you will reach the Cascades of Studeni Potok. Here, at certain times of the year, the stream creates more than 20 waterfalls cascading 400 meters into the canyon below. En route, you will find a few springs where you can fill your water bottles. From the Studeni Fields, you will hike along the Obalj’s side, being treated on the way with magnificent views and cool breezes coming from the Visocica and Treskavica mountains. After a short break, you will begin a gentle ascent (200 m) to Gornji (upper) Lukomir. There is also Donji (lower) Lukomir, abandoned now by the villagers due to the destructive avalanches in this region. Lukomir is Bosnia’s highest village perched at 1,469 meters, known for its ancient stecci (medieval tombstones), and the old traditions still followed by the villagers. Traditional attires, including an occasional turban and fez, are still worn here and go hand in hand with the more modern elements of civilization, like electricity and running water. At the edge of the village, you will enjoy views of the Rakitnica Canyon, Obalj village, and Visocica mountain, while, on the surrounding slopes, you will inevitably encounter numerous cows and sheep. After lunch with a local family, you will return to Sarajevo for a relaxing evening. Accommodation: Hotel Diamond Rain, Sarajevo or similar. Hiking details: Moderate level, 3-4 hrs, 10 km, 550m altitude difference.

After breakfast, you will head to Mostar (a 2-hour drive) in the Herzegovina region. Upon your arrival, you will explore the old town: the former trading centre of Herzegovina, situated on the Neretva River. The city was regularly in the news when it was split during the conflict in the early 1990s. Although the scars of the war are still visible, Mostar today has regained its warm and bustling ambience, while a walk through its streets offers numerous opportunities to admire its rich heritage, represented in its traditional Ottoman architecture, its mosques, or the famous bridge which, when built, was the first single arched bridge of that size in Europe. From Mostar you will continue to Blagaj: a small, sleepy town located by the River Buna. Blagaj's highlights include the Buna Spring and the adjacent Ottoman house/monastery. The spring flows out of a 200m cliff wall and single-handedly creates the Buna River. Unsurprisingly, the Ottoman sultan was impressed, and ordered a Tekija to be built right next to it. This 16th Century house/monastery was built for the Dervish cult and is still one of the most mystical places in all of Bosnia & Herzegovina. This lazy Herzegovinian town moves at a slow pace and many of its old structures are reminiscent of the Ottoman era. In the vicinity, there are also old flour mills powered, once upon a time, by the strong currents of Buna River. After lunch, you will take a short, 30-minute walk to the Blagaj fortress which dominates the area and offers great views of Neretva river valley. Accommodation: Villa Fortuna, Mostar or similar.

After breakfast, you will embark on a day of adventure in the Sports and Adventure Park Fortica, located on a hill east of Mostar (a 20 mins drive). The main attraction is the 570m long Zip Line that offers fantastic views of Mostar and the surrounding area. In the park, you will have opportunity to hike, cross the metal suspension bridge, traverse the Via Ferrata trail and, of course, go on a ride on the Zip Line. After a light, tasty lunch at the mountain lodge and viewpoint, you will return to the hotel to enjoy the rest of the day at leisure. Accommodation: Villa Fortuna, Mostar or similar. Hiking details: Easy level, 2-3 hrs, 6 km, 150m altitude difference.

After breakfast, you will return to Sarajevo (a 2-hour drive) to explore the city’s outskirts by bike and on foot. Upon arrival, you will pick up your bikes and head to the source of River Bosnia, known for its beauty as well as the alley of tall trees that leads there. During the activity, your guide will take you through Bosnia’s fascinating history, explaining details of the local culture and heritage. Those who instead of cycling prefer to spend time in the city, they will be transferred to the hotel from where they can explore the old town at their own pace. Accommodation: Hotel Diamond Rain, Sarajevo or similar. Biking activity details: 2-3 hrs to Vrelo Bosne and back.

After breakfast and depending on your flight details, you will be transferred to the airport for your departure back home. 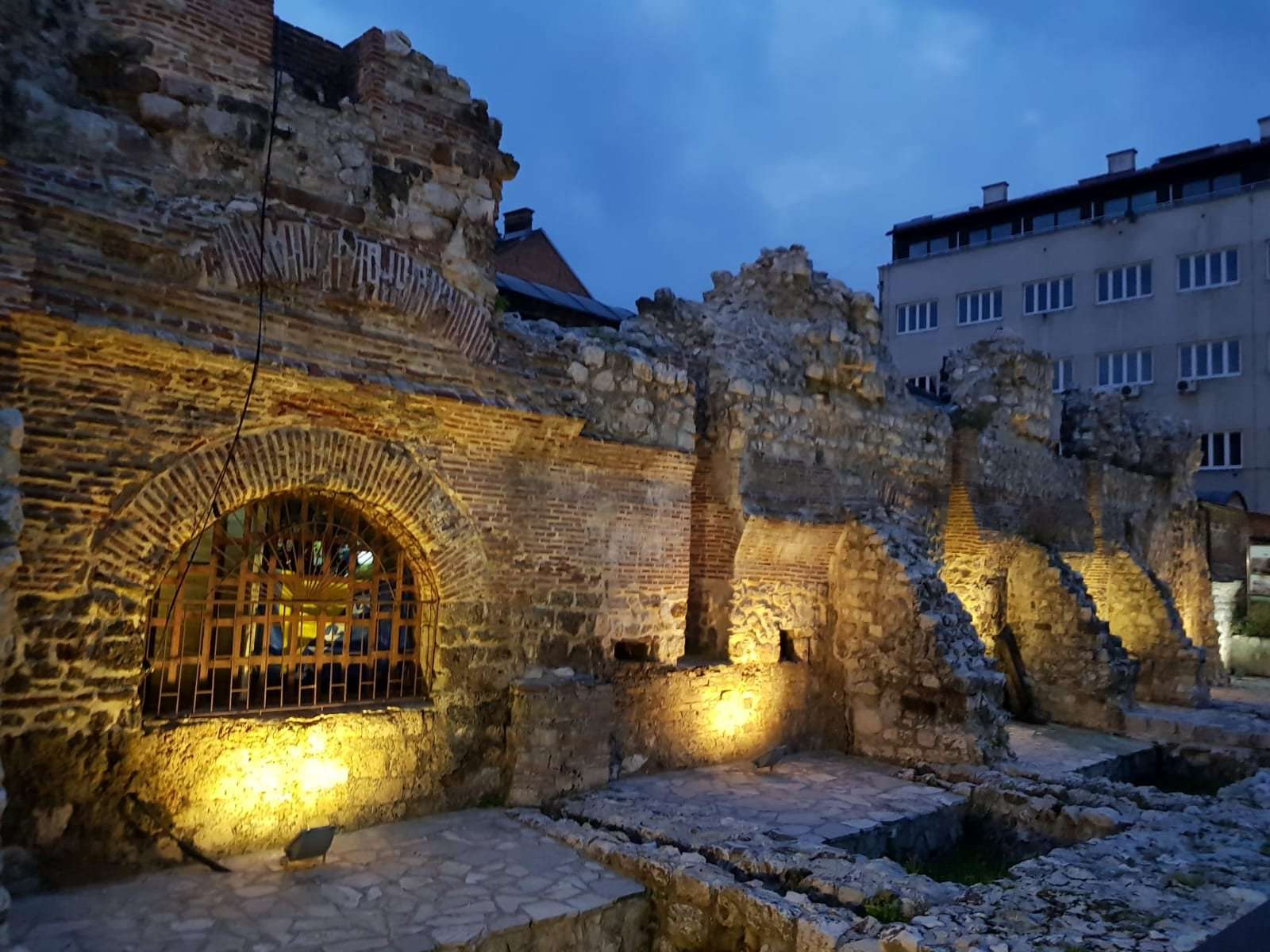