This active adventure along the edge of the Horn of Africa is not for the faint of heart. However, it is a lifetime experience if you wish to connect with the Afar nomads, visit one of world’s saltiest lakes, snorkel in search of whale sharks, and travel in a country with an incredible culture. The scenery is diverse, wild, and breathtaking, with everything from volcanoes to hot springs and salt flats waiting to be discovered by you before you land on the exotic beach of Sables Blancs for a well-deserved relaxation. Despite its increasing tourism activity, Djibouti remains an unexplored gem, so we invite you to be among the few who venture in its countryside to uncover its secrets. 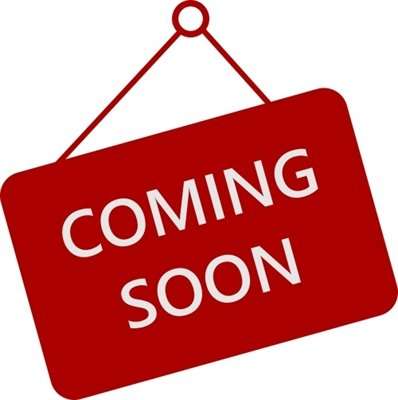 Upon your arrival at Djibouti International Airport, you will be welcomed by a Rahhalah representative, and transferred to your hotel in the city.

In the afternoon, and depending on your arrival time, you will explore the capital of the country through a City Walk.

Djibouti City, affectionally called the Pearl of the Gulf of Tadjoura, is a colonial town maintaining its 19th-century ambience and French architecture. You will walk along the famous Rue des Mouches, passing by the Menelik square and other landmarks of the town, before reaching the Yemeni restaurant where you will enjoy a welcome dinner.

After breakfast, you will head to the south, towards Lac (Lake) Abbe (approx. a 6-7-hour drive, 186 km), crossing on the way the expanses of Petit Bara and Grand Bara deserts. Although the trip is long, it will not be boring. You will follow the highway until the Dikhil region, and, from there, you will take the track roads for the last 75 km, passing by the Afar villages of Asseqla and Koutabouya, where you will connect for the first time with the beautiful Afar people.

You will arrive at the camp in time for a stunning sunset and a night under the stars, relaxing and getting ready for the next day’s adventure.

Lake Abbe, also known as Lake Abhe Bad, is a salt lake stretching on the Ethiopia-Djibouti border, at the center of the Afar Depression. It is the ultimate destination of the Awash River waters, and belongs to a cluster of six connected lagoons, the rest being Gargori, Laitali, Gummare, Bario and Afambo. It is considered one of the most inaccessible areas of earth, surrounded by astonishing scenery.

The Camp is a settlement of traditional Afar huts which are very basic.

Prepare for a spectacular sunrise, as the sun gradually illuminates the otherworldly, almost lunar, landscape, full of chimney-like sculptures (the highest being 50 m tall), the lot enveloped in the sulfur gas that escapes through the fumaroles. This is a picture you will never forget.
After breakfast, you will head towards Lake Assal, another national treasure of Djibouti. After three hours of driving, the road opens to a 360o panorama on the Gulf of Tadjourah, the bottom of Ghoubbet, the islands of the Devil, the Canyon of Dimbiya and Lake Assal at the background.
Lake Assal lies 156 m below sea level, which makes it the lowest point of Africa and the third-lowest in the world. It is a crater lake, and due to the high evaporation, the salinity levels of its waters are 10 times that of the sea, making it the third most saline body of water in the world. Thanks to that, Lake Assal is the world's largest salt reserve, contributing to the economy of the country, and offering an unforgettable spectacle to the visitors, as its blue waters contrast against the desert surroundings.
Between Lake Assal and Ghoubbet al-Kharab (that is, the, "the Gulf of the Demons," a cove separated from the Gulf of Tadjoura by a violent current), there stands the Ardoukôba volcano which last erupted in 1978. As you approach it on foot, you will discover the history of the underlying tectonic plates and the 12 km long Ghoubbet fault that expands by 2cm each year. The Afar depression forms a triangle between Djibouti, Eritrea and Ethiopia.

You will then continue towards Les Sables Blancs, where you are expected to arrive after a 2-hour drive. This city with its seven mosques and long, white-sand beaches (of which it takes its name) has been a cherished base for many writers, journalists, and adventures (Arthur Rambaud, Henry Monfreid, Albert London, Joseph Kessel and the academician Jean Francois Deniau, to name but a few).

A pleasant track road, 5 km away from the city, takes you to the top of a black-rock cliff and then down to the beach. The view is surreal, as the serenity of the place mixes with the beauty of the landscape, and it promises to leave an indelible mark in your heart.

Today, you will take the boat in search of the famous giants of the sea – the whale sharks. The bay of Ghoubbet is one of the most reliable places in the world to encounter these friendly giants, and if you are lucky to spot them, you will be able to jump in the water and snorkel with them.
Note: even though whale sharks’ sightings are very common in the area, they cannot be guaranteed.

In the afternoon, you will return to Sables Blancs to relax and spend the rest of the day at your own pace.

You cannot not leave the country before enjoying a relaxed morning at the beach. Then, you will return to Djibouti City for your international flight back home.

Note: Due to the long drive (approx. 4 hours) only one group transfer is arranged from Sables Blancs to Djibouti. Hence your departure flights should be after 3 pm onwards.